Stress and anxiety can lead to a variety of skin conditions and make existing problems worse. While many triggers can irritate the skin, your level of emotional control can also play a huge part.

Weakened immune health, if only for brief moments, can be sufficient to impact your skin negatively. The concept of emotions rising to the surface can, unfortunately, be genuine in some instances.

If you have a current skin condition, it is vital that you treat the ailment and calm your body. Having peace of mind and a relaxed sense of self can do wonders for your skin. This is important if your skin is susceptible to inflammation caused by a sense of unease.

7 Skin Conditions That Are Caused by Stress and Anxiety

We will now provide an overview of seven skin conditions and how stress and anxiety can be a contributing factor.

Caused by transmission of the herpes simplex virus, cold sores are cluster-like blisters that form around the lips and mouth. Although painful, and only lasting for a brief time, the virus responsible (HSV-1) lives in the body forever. Due to this reason, many factors can prompt an outbreak.

One of the most common cold sore triggers is poor immune health. This can come from cancer, AIDS, the common cold, extreme weather, hormonal changes, and even stress and anxiety. Anything that taxes the body can be enough to activate HSV-1 from an otherwise dormant state.

Although getting your daily worries under control is often easier said than done, a byproduct of your tenseness could be a cold sore outbreak. Multiple recurrences are not out of the ordinary if the same trigger (stress/anxiety) is not dealt with accordingly.

Hallmarked by a red rash that can appear essentially at any location on the body, eczema can be an extremely uncomfortable skin ailment.

The uncomfortable nature of the condition often leads to intense itching. This can lead to skin damage and bleeding.

While the cause of eczema is not known, specific internal and external factors can cause a flare-up. Stress and anxiety are known triggers. Under intense conditions, the rash will not only get worse but also spread.

Similar in many ways to eczema, seborrheic dermatitis is a severe and chronic skin disorder that causes a host of alarming symptoms. Dryness of the skin, flaking/peeling, redness, and intense itching are just a few of the core issues caused by seborrheic dermatitis. This condition, unfortunately, can also impact those who already have eczema.

Believed to be the byproduct of an aggressive and inflammatory response to yeast that is found in the skin, stress, and anxiety can worsen this condition. When coupled with existing eczema this issue can become increasingly difficult to manage and treat. 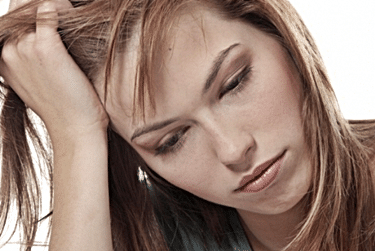 Quite a well-documented autoimmune disease, psoriasis is a condition that promotes increased and excessive skin cells. These cells manifest as patches of skin on top of existing skin. The patches are often scaly and silver in color.

Incredibly itchy and painful, no definitive cause has been linked to psoriasis. However, the medical community has long believed that immune health and perhaps genetics are responsible to some degree.

Deemed an inflammatory disease, increased anxiety and stress can create outbreaks and worsen existing symptoms. Because failure of the body to prevent inflammation is a common symptom of those with psoriasis, high levels of stress and anxiety leave the skin vulnerable to flare-ups. Unlike non-sufferers, those with psoriasis have no natural way to calm their skin during demanding emotional times.

Widely believed to be an autoimmune disease, vitiligo is the result of pigment-producing cells failing to function correctly. The death of such cells is often to blame.

The result of this occurrence is the loss of skin color across the affected locations. Vitiligo can impact any area of the body This condition, while capable of afflicting anyone, is more noticeable in individuals who have naturally darker skin. While there are treatments to improve any damaged skin, there is no proven cure for vitiligo.

Like so many skin conditions, general wellness can potentially help or hurt the condition regarding advancement. In the case of vitiligo, intense stress and anxiety have been known to make the situation worse. Unfortunately, the stress of the condition itself, especially in young people, can make matters worse.

Long rumored to have been stricken with vitiligo in the early 1980s, international music star Michael Jackson was quite possibly the first public figure to bring this condition to the public forefront. Upon Jackson’s death in 2009, official autopsy results and personal medical history confirmed that Jackson had vitiligo. Jackson’s single iconic glove, which debuted around 1983, has long been associated with an early attempt by Jackson to hide his changing skin.

One of the most common skin ailments is hives. Caused by a wide variety of triggers, most anyone can fall victim to it at least once. Visually speaking, hives are red bumps that can be quite itchy and annoying. Many times the bumps form in clusters.

Specific sensitivities such as allergies, foods, medications, harsh materials, and insect bites can all potentially pose a problem. Even something as “basic” as exercise can promote skin irritation and cause hives.

While hives are one of the most common skin ailments, it should come as no surprise that stress and general anxiety is a primary trigger. Have you ever known a friend who broke out in hives before a big exam in school? Have you ever succumb to an itchy neck or forearms before an important event? If so, you encountered a brief outbreak of hives.

It should also be known that stress can worsen hives if the issue was initially caused by another trigger. Medication coupled with stress, for example, can prompt a more severe outbreak. 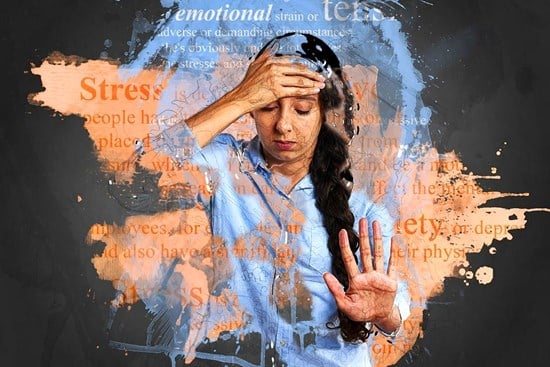 Noted by chronic and intense redness, primarily in the face, rosacea is one of the more well-known skin conditions. Impacting individuals mainly over the age of 30, rosacea can get increasingly worse over time without treatment.

Similar to a host of skin ailments, your general well-being can either play a positive or negative role. Emotional turmoil can lead to increased redness and general skin irritation.

Visually speaking, rosacea gives the appearance of embarrassment. That is noteworthy because the self-conscious aspect of having rosacea can lead to legitimate embarrassment. This can cause rosacea to trigger even more. Quite similar to vitiligo in this regard, this stress over facing the public with the condition can make the situation worse.

Importance of Stress and Anxiety Management

Understanding your body and finding a way to manage your stress and anxiety can hold the key to your skin’s health. Many times it is not the condition that is your greatest threat, but your own body is turning the switch.

If you suffer from a skin condition, the situation is likely problematic enough. However, once you add the stress and anxiety that comes with daily living, the problem can be made worse.

If you are concerned that your stress and anxiety is contributing to an existing skin ailment, you should consult your physician. You may discover that your primary trigger is your mindset. The ability to manage your worries and fears could positively change your life.