While the perceived benefits are often met with mixed opinions, milk, and yogurt can potentially be good for cold sore prevention and recovery. This is especially true if these selections are consumed when you’re experiencing the initial HSV-1 symptoms.

Although natural remedies of any variety can provide subjective results, milk and yogurt are popular because they contain lysine. Regarded as a potent amino acid, it became a popular cold sore treatment prior to OTC options appearing on the market.

In addition to containing lysine, milk and yogurt can help to boost your immune health. Maintaining a healthy immune system is a proven way to prevent recurring cold sores.

Let’s explore the complexity of this topic and equip you with the best information to make an informed decision.

Dairy products may be able to reduce and prevent cold sores due to the fact that they contain lysine.[1] While both selections promote positive immune health, lysine is the featured winner.

Lysine as a Cold Sore Treatment

What is lysine? Simply stated, it is a valuable amino acid. WebMD describes lysine as a foundational tool used to make medicine. As it relates to cold sores, it is likely more talked about than ever before due to it being touted as a cold sore treatment. Most medical and health sites note cold sore healing as its primary claim to fame.[2]

Whether taken orally or applied directly to the skin via an OTC product, such as Super Lysine Cold Sore Ointment, it is found naturally in a host of foods. Milk and yogurt are just two of many selections.

Although research is rather inconclusive, many people who have consumed lysine have reported cold sore relief. Because yogurt contains a notably high amount of lysine per serving, it has been deemed as a natural cold sore remedy.

Although it has shown subjective promise regarding healing and treating cold sores, one major negative factor does exist. Within the noted examples of milk and yogurt, another amino acid also can negate its positive effects.

Known as arginine, this amino acid, found in the body and foods, can serve as a potential agitator of cold sores. Many experts suggest that arginine can cause HSV-1 to thrive and also spread.

The spreading of HSV-1 occurs due to cell replication caused by high arginine intake. Because many foods and beverages contain both lysine and arginine, the two worlds often clash. Milk and yogurt are two of many selections that are caught in the crosshairs.

To combat this potential issue, the U.S. Department of Agriculture created a lysine-to-arginine food ratio chart.[5] The goal is to seek foods that have the widest (highest) lysine-to-arginine ratio. The logic being that limited arginine is less likely to overtake a large amount of lysine, per gram.

Noted below are a few milk and yogurt selections:

Another way to include it in your diet without the major threat of arginine is through supplements. Capsule products such as HERP RESCUE can potentially provide relief. This particular remedy incorporates lysine, zinc, vitamin C, and an assortment of cold sore healers. 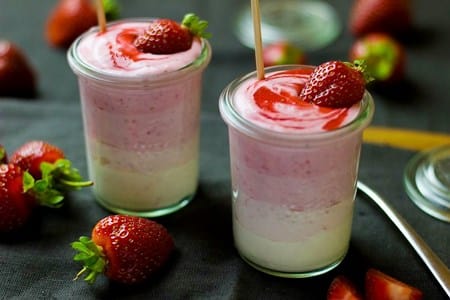 Due to the fact that arginine can serve to spread HSV-1, foods that are high in this particular amino acid are discouraged. While the medical community is rather conflicted on this issue, the general idea is that arginine will at the very least be counterproductive.

Listed below are just a few of the notable foods that many experts discourage if you are dealing with a cold sore outbreak.

Similar to other known cold sore triggers, specific food choices can be problematic. This is why it is important to understand the negative effects of arginine if you are consuming milk and yogurt consumption as a method of prevention.

While foods rich in lysine can potentially provide cold sore relief, several OTC treatments include this amino acid. From chapstick, creams, and ointments, it is now a common ingredient in many medications.

Listed below are just a few of the more notable selections that are available to you.

Additionally, it should also be acknowledged that you can apply milk directly to your cold sores. While direct application is largely associated with an OTC, milk can be a direct treatment. Using a cotton ball, milk can be absorbed and then dabbed gently on the problem area. This can potentially provide the same lysine benefits as milk consumption. 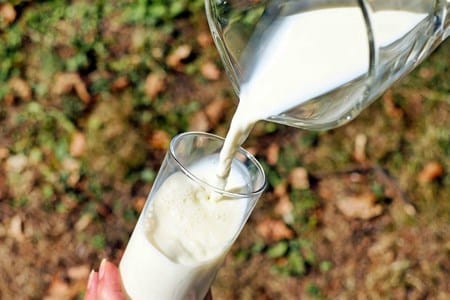 Although the conclusion leans more towards inconclusive, products that contain lysine can potentially provide relief. This goes for lysine-based foods and also OTC remedies.

While you are likely to find more positive stories than negative, nothing is foolproof. Because there is no cure for HSV-1, most any option will contain different levels of subjectivity.

The main objective is to find a cold sore treatment that works for you. This will more than likely be found in major brand products that are available on the market.

For most people, cold sores will clear naturally within 2-3 weeks. If a product can reduce that timeframe by half, then you have likely found a winner. Lysine, for this reason alone, is certainly a worthy option. If you naturally enjoy milk and have a favorite yogurt selection, give it a go.