If you are searching for fast relief for a cold sore outbreak, hydrogen peroxide could be the right solution. Noted as a very popular home remedy, it is considered to have potent healing qualities.

While treating a cold sore with this chemical does work, it is important to be careful. This applies to the application process and placement.

In this post, you’ll find out more about this remedy as well as how it works. We will also provide a step-by-step cold sore treatment guide.

Once you understand the potential pros and cons, you can make an informed decision regarding whether it’s right for you. If you’re on a tight budget, hydrogen peroxide could be your go-to treatment. If you can afford a doctor-designed treatment, we recommend HERP-B-GONE cream.

Let’s take a closer look at whether hydrogen peroxide can remove cold sores:

What Is Hydrogen Peroxide?

It is a potent antiseptic. Primarily used on the surface of the skin, hydrogen peroxide has been used as a healing treatment for many years.

In addition to being used to treat cold sores, it is often used to heal minor cuts and burns. Hydrogen peroxide can also be used as an oral rinse.

How does it work? It releases oxygen when applied to the problem area. This will cause the wound to foam. This foaming action serves to sterilize the area and remove germs and bacteria.

Should I Put Hydrogen Peroxide on a Cold Sore?

If you do decide to apply hydrogen peroxide to cold sores, you may wish to talk with your physician first. The specific topic of side effects will be addressed shortly.

Regarding performance, it should be noted that hydrogen peroxide can heal cold sores. In fact, this chemical compound is one of the best alternative treatments available. With antibacterial and antiviral properties, it is quite possibly the most effective remedy.

How to Apply Hydrogen Peroxide to Cold Sores

While a variety of techniques do exist, we will cover the most straightforward way.

To execute this procedure, you will need a small bowl and a cotton ball, swab, or facial tissue.

Listed below are the detailed instructions:

If you have extremely dry or sensitive skin, you could be burned. Dilute the compound with water before beginning the application. Using 3% hydrogen peroxide is very important. Any percentage higher could cause severe skin damage.

This water mixing process is also critical if you decide to use hydrogen peroxide to treat cold sores directly around the mouth. It is important to rinse with water orally after the treatment has been completed. 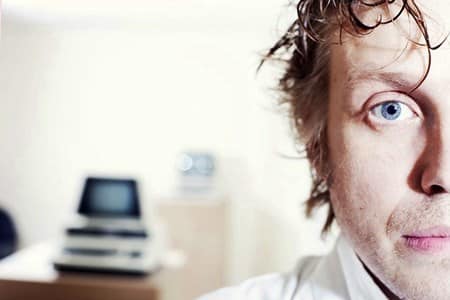 Is it Okay to Put Hydrogen Peroxide on a Cold Sore Scab?

Yes. However, extreme caution and care should be used, or things could go wrong. Given the fact that you are so close to complete healing the last thing you want is a negative issue.

The reason applying hydrogen peroxide to a scab is so tricky is due to the scab itself. While a scab can provide a shield over the sore, scabs can be easily dislodged.

Think of your cold sore scab as a hamburger bun. While a bun looks firm, it does not take much to knock it off. If that example rings true, then you likely understand the cause for concern and care.

Cotton swabs, even with a gentle touch, can manipulate a cold sore scab. Just the slightest crack and peel can present a major problem concerning healing. This is not to mention the extreme pain.

Noted below are some important actions to be mindful of during the application process.

Yes. At least to some degree. Hydrogen peroxide is mild but can be quite potent. Especially when in contact with sensitive skin or an open sore. Burning and stinging sensations are quite common with this cold sore treatment method.

From a chemical standpoint, it is arguably more capable than most any home remedy. Thankfully, the typical household chemical contains 3% hydrogen peroxide and 97% water. This ratio can cause irritation and potential skin whitening but nothing too aggressive. Most “burns” or irritation areas can be flushed clean with cool water.

Regardless of the percentage, you should always keep hydrogen peroxide away from your eyes. Additionally, you should never consume this chemical compound. Ingestion can prove to be fatal in some cases.

What are the Side Effects of Hydrogen Peroxide?

Although the percentage risk and consumption has been briefly mentioned, those are just two of many potential issues. While some are obviously more problematic than others, hydrogen peroxide can harm your skin. This is especially true if you misuse the product as it relates to the application.

Responsible use is paramount and here’s why: 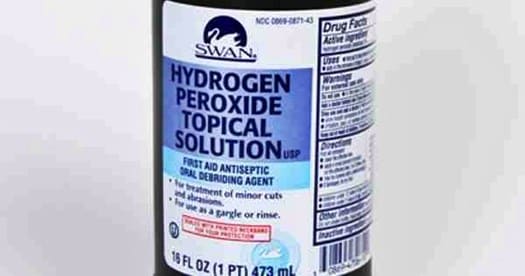 Hydrogen peroxide and rubbing alcohol are very similar. In fact, both can be used to treat cold sores although many of the same risks apply.

Let’s do some comparison shopping and point out the major differences and similarities.

With so many similarities you likely will not go wrong with either selection. Especially if all you want is fast relief without breaking the bank. Regarding application, the instructions for hydrogen peroxide are also advised for rubbing alcohol. Do not rush. Be very gentle.

Other Ways to Make Cold Sores Go Away Faster

In addition to hydrogen peroxide, many home remedies, as well as traditional OTC options, are available.

Ranging from better food selections to HERP-B-GONE cream, the choices are extensive.

Noted below are just a few of the most common ways to get rid of cold sores faster.

All things considered, it is a better home remedy than most. This is largely due to the chemical’s reputation in the medical field. While many home remedies involve unfounded claims, hydrogen peroxide is a proven treatment.

As a cold sore sufferer, your main concern is to avoid skin irritation and damage. Although, that can be an issue with some home remedies. It is quite possible for the pendulum to swing in the other direction if you are not careful. The last thing you want to do is heal your cold sore while introducing new issues.

For that very reason, we encourage you to never turn your back on OTC methods. Many FDA approved cold sore treatments are documented on this site. Potentially healing your cold sore in less than 72 hours, HERP-B-GONE cream is a popular selection.

Can I Use Bactine to Treat Cold Sores?

Can Ice Stop a Cold Sore from Forming?