Can You Get Cold Sores in Your Throat (Herpes Esophagitis)?

While rare, cold sores (herpes simplex virus) can infect the throat and esophagus. It typically affects people with a severely compromised immune system.

It can be confused with other medical conditions that are unrelated to herpes, so a diagnosis must be made by a medical professional. Conditions such as strep throat, for example, can mimic some of the symptoms associated with this form of herpes. Because the issue involves discomfort in the throat and chest region the problem can be easily attributed to a bad cold, heart ailment, or a gastric concern. That is why this form of herpes is more complicated.

While the viral transfer of herpes esophagitis occurs in the same manner as HSV-1, the areas of concern are different. Rather than painful blisters on the lips, it affects the throat and esophagus. We’ll now look closely at this rare form of herpes and how it is diagnosed and treated.

What is Herpes Esophagitis?

As the name suggests, it is a viral infection of the esophagus caused by the herpes virus. Both HSV-1 or HSV-2 can be responsible. However, HSV-1 is the more likely to be responsible.

Extremely rare among those who have a robust immune system, herpes esophagitis often attacks those who already have severely weakened immune health. Conditions such as HIV, AIDS, and cancer can place a person at a high risk of this form of herpes.

It is primarily transferred from person to person via mouth-to-mouth contact and saliva exchange. In this regard, it is no different than common cold sore viral spreading. The only core difference is the rare areas of concern, namely the throat and esophagus. It should be noted that fever blisters, similar to the more common form of HSV-1, can occur on the lips and mouth even if you have been diagnosed with herpes esophagitis.

What Are the Symptoms of Esophageal Herpes?

While the more traditional signs of HSV-1 are quite common, several unique symptoms do occur. Most of which, as likely assumed, involve the throat and esophagus.

Listed below are a few of the most common “red flag” issues that hallmark this form of herpes:

Although there are other symptoms, many of those align with the more common issues that are associated with HSV-1. Those issues include, but are not limited to, fatigue, joint pain, fever, and most notably cold sores on the lip or mouth area.

Herpes in Throat or Strep Throat?

It is critical to note that a host of bacteria and viruses can cause esophagitis. Ailments such as strep throat can introduce very similar symptoms to that of herpes esophagitis.

Gathering a detailed medical history is essential. Does your history reveal the herpes virus in addition to a severe pre-existing condition, such as cancer? If so, something like strep throat is less likely to be the cause.

Who is at Risk of Getting Herpes Esophagitis?

Individuals with severely depleted immune systems are far more likely to get this types of herpes.

Although poor immune health can trigger HSV-1, herpes esophagitis, most notably the initial transfer, is entirely different. Individuals who acquire HSV-1 while in the midst of a severe immune health issue are the primary group of concern.

You’re most likely to be affected if you have the following illnesses and diseases:

Additionally, people who have abused alcohol for many years are also susceptible. Significant abuses to the esophagus can leave the area vulnerable to the effects of HSV once the virus enters the body. Alcohol can slowly eat away at the lining of the esophagus. 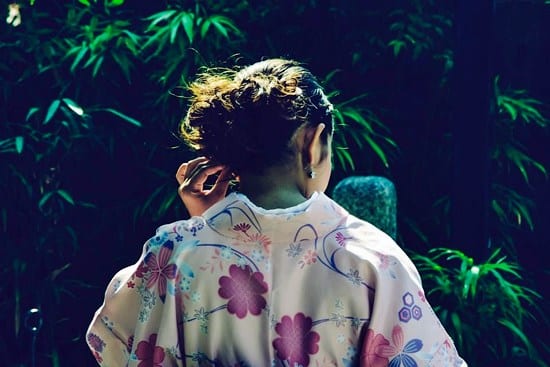 How is Herpes Esophagitis Diagnosed?

It is primarily diagnosed through a series of tests that typically begins with an endoscopy. Courtesy of an endoscope, the throat and esophagus can be explored with a small lighted camera. Any tissue damage, polyps, and general oddities can be confirmed using this technology.

Other confirmation tests include:

The tests noted above will tell your doctor that there’s an existing infection. Official confirmation can be made if the herpes virus is identified in the findings. This happens if the virus is detected in a throat culture or tissue removed via endoscopy during testing. This is known as a biopsy.

Is There a Herpes Esophagitis Cure?

While there is no cure for herpes esophagitis, it can be treated. Powerful anti-viral drugs are often administered following the diagnosis and confirmation of this medical condition.

The three primary forms of medication are as follows:

This form of herpes, just like any other, reacts to various triggers. If poor immune health is the main factor, the condition will continue to return periodically. That is why improving your overall health, if possible, is so important. There are no simple solutions, but supplements like Herp Rescue Immune Support Formula can be beneficial.